The next episode of the "Sea Cup" contest was performed 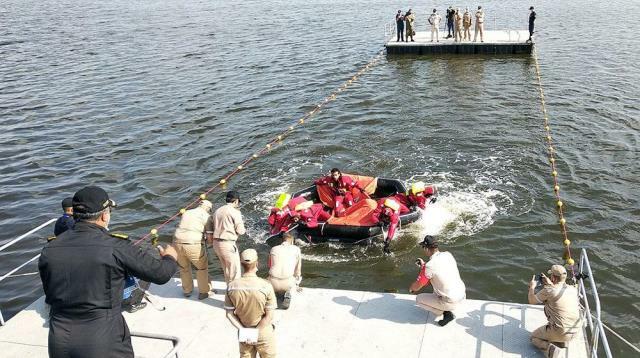 The next episode of the "Sea Cup" contest held as part of the "International Army Games - 2021" was performed. The Azerbaijani, Russian, Iranian and Kazakh military seamen performed the "The usage of rescue equipment" task during the contest stage on "Struggle for survivability of the ship and the rescue training".

Axar.az reports citing MoD that at this stage, the military seamen in teams of 5 people, wearing special rescue suits, covered a certain distance and using boats were taken to their destination.

It should be noted that the "Sea Cup" contest, held as part of the "International Army Games - 2021", consists of six episodes in three stages.

In the next days, the Azerbaijani seamen will compete in the "Artillery Shootings" and "Maritime training" stages.