“High activity has been observed 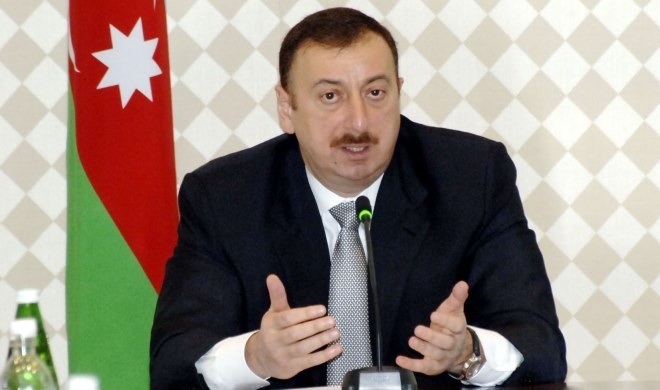 “In 2016, another Armenian provocation led to very serious consequences in the settlement of Armenian-Azerbaijani Nagorno-Karabakh conflict. Armenia’s intentions are known. They try different ways to break the negotiations, and when they see that the pressure by the international mediators increase, they resort to another provocation. One of them was armed provocation, committed at the beginning of April. An armed attack was organized against our positions. But the Azerbaijani army has given a proper response to the enemy and, after counteroffensive operations, liberated part of the occupied territories, more precisely, 2 thousand hectares of land. Now we have full control in area larger several times,” said President of Azerbaijan Ilham Aliyev at the meeting of the Cabinet of Ministers dedicated to the results of socioeconomic development in first half of 2016 and objectives for the future.

The head of the State noted that the conflict should be settled soon. “Otherwise, no one can guarantee that these provocations will not be repeated. Because Armenia intends to maintain the conflict in a frozen state. They thought that a provocation against us, they will be crowned with their victory. But they suffered a bitter defeat. Azerbaijani state won a major military victory.


April fighting once again shows the need for a speedy change in the status quo. And it was repeatedly stated by mediators involved in the issue. Changing the status quo means the liberation of the occupied lands. I am confident that the results of the April fighting serve as a lesson for Armenia. They will make proper conclusions and show a constructive stance in the negotiations. There is such a hope. Because, once again I want to say, in the last few months very high activity has been observed in the negotiation process.


THe President spoke about his meeting with the President of France Mr. Hollande: "France, as a co-chair is also making efforts to resolve the conflict. In fact, we observe the activity of the Minsk Group. Both America and Russia, and now the French President is very seriously engaged in this issue. Now the talks should go to the active phase, and Armenia should demonstrate constructive position. That is, the phased solution of the problem has already been accepted by all the states co-chairing the OSCE. We have always said and say that there is no other way. The issue should be solved by phases. Territorial integrity of Azerbaijan must be ensured. The second Armenian state cannot be created. Nagorno Karabakh can never be given independence. The international community is already accepting it. In the old days we could hear other opinions. Unfortunately, before the international law, UN resolutions, in some cases, remained on the sidelines and various untrue, including the historically untrue, proposals related to the future of Nagorno-Karabakh were put forward. All this remains in the past."