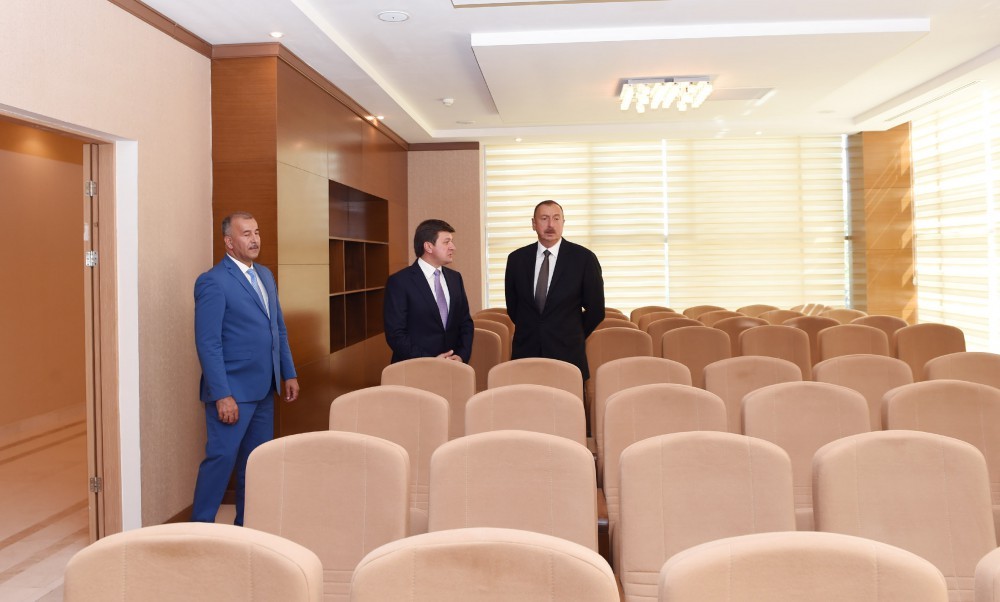 President of the Republic of Azerbaijan Ilham Aliyev has today attended the opening of a new administrative building of the New Azerbaijan Party (YAP) Qabala district branch.

The head of state cut the ribbon symbolizing the opening of the building and reviewed the conditions created here.

The President was informed that the construction of the two-storey building started in October, 2014.

A bust to Azerbaijan’s national leader Heydar Aliyev, and photo stands reflecting the activities of the national leader as well as chairman of YAP, President Ilham Aliyev were installed here.

The building also houses a 60-seat conference hall, as well as the offices of YAP Qabala district branch Women`s Council and Youth Union.