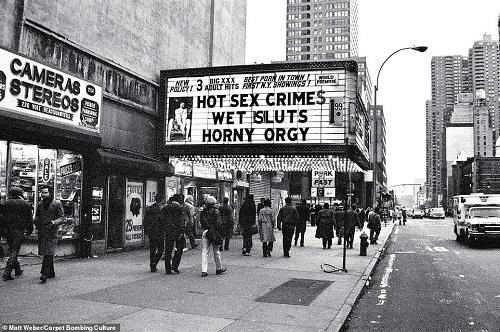 In 1978, Matt Weber was a taxi driver in a city plagued with a crime, abandoned buildings and a government on the verge of financial collapse.

Working the night shift, Weber witnessed the fights and arrests, saw the hookers and the homeless, and ‘so many crazy things on the street that I kept saying, “Damn, I’ve got to buy a camera,”’ he said in a 2017 article.

‘If you saw the movie Taxi Driver that was the world that was out there. There were prostitutes on the corner, Times Square was crazy; it was a dangerous part of town. I was robbed in my taxicab at double gunpoint.’

His decades of documenting the city are now part of a new book, 'Street Trip. Life in NYC,' published by Carpet Bombing Culture.