President went to Bakikhanov and Keshla stations by train - Photo 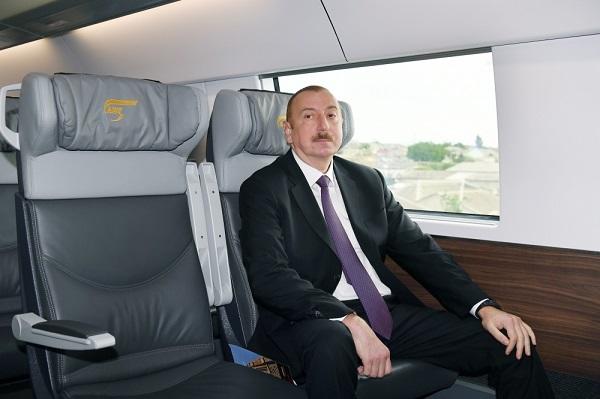 President of the Republic of Azerbaijan Ilham Aliyev has attended the inauguration of Sabunchu Railway Station Complex and viewed the work done on the newly built Baku passenger-Sabunchu railway line.

Axar.az reports that the head of state first met with local residents and talked to them.

The Sabunchu residents thanked the head of state for high attention and care.

President Ilham Aliyev then cut the ribbon symbolizing the opening of the railway station.

President Ilham Aliyev then arrived at Bakikhanov and Keshla stations by a passenger train and viewed conditions created here.