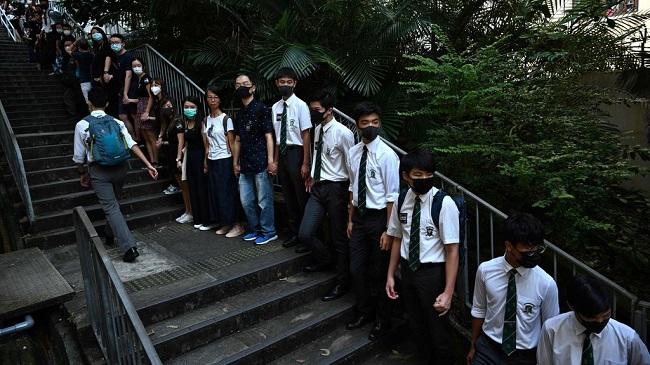 Thousands of students formed human chains for a silent protest outside schools across Hong Kong Monday to show solidarity after another violent weekend of clashes during pro-democracy demonstrations in the semiautonomous Chinese territory.

Axar.az reports citing AP News that the big picture: The rally took place after the Hong Kong government condemned what it called "illegal behavior of radical protesters" and warned the U.S. to stay out of its affairs.