The president that takes orders, a lecture - Photo 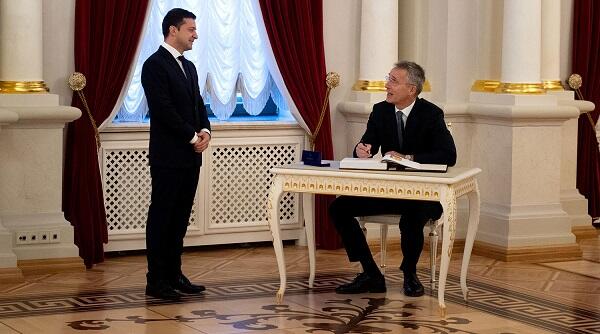 Photo of Ukrainian President Vladimir Zelensky was taken during a meeting with NATO Secretary-General Jens Stoltenberg has become a trend on social media.

Axar.az reports citing RIA that the photo shows Zelensky standing in front of Stoltenberg sitting on the table.

The photo was taken during Stoltenberg`s visit to Ukrainian.