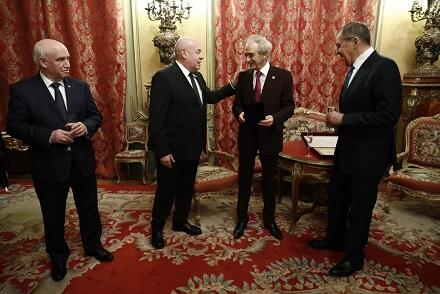 On February 11, Russian Foreign Minister Sergei Lavrov held a meeting with ambassadors of the Commonwealth of Independent States.