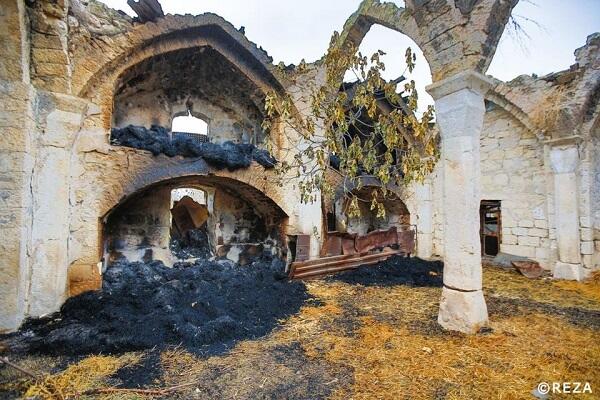 An 18th-century mosque in the village of Giyasi in Aghdam was used by Armenians as a stable.

Axar.az reports that the statement came from Rza Deghati, a well-known French photographer of Azerbaijani origin, a photojournalist for National Geographic magazine, who shared photos of the Aghdam mosque. He said that the Armenians turned the mosques in the occupied territories into barns:

"Vandalism against cultural, spiritual and religious heritage is incomprehensible and unacceptable. I have witnessed this in various conflicts. In the last few days, I have seen cemeteries destroyed in Karabakh, houses burned and mosques turned into barns. When an 18th-century mosque was found by Azerbaijanis in the village of Giyasi in Aghdam, it was full of faeces. Before leaving, the occupier took what he could and set fire to the mosque. Reconstruction and restoration will take a long time.