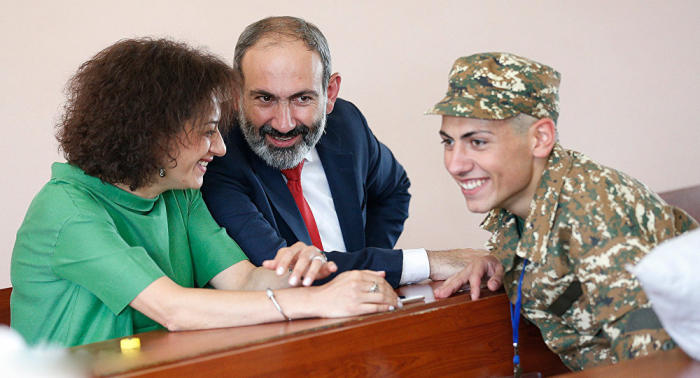 Axar.az reports that Ashot was often seen at the Cascade restaurant, where he had a party with his friends. One of the customers took a shameful image of him and shared it on social networks.

Armenians criticized Ashot's vulgar dress and said that he lived a life with a rifle.

Earlier, photos of the prime minister's son secretly taken at the restaurant were spread. At the time, Armenians were protesting against Ashot's demonstration with young people amid growing discontent and the economic crisis in the country.