They compared Macron to Hitler - Photo 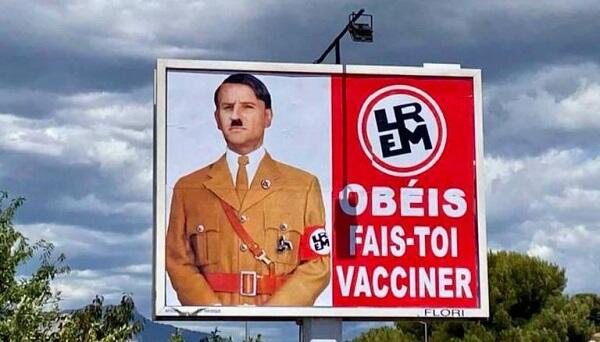 Photos of President Emmanuel Macron resembling Adolf Hitler were displayed on the streets of Toulon, France.

Axar.az reports that this was reported by Le Bien Public.

According to the report, the photo on the board shows the French leader in a military uniform of the Nazi army.

On the board against the background of the flag of the Third Reich, “Obey. Get vaccinated!"

The Toulon prosecutor's office has launched an investigation into the incident.

The billboard was developed in protest of the coronavirus restriction in France.