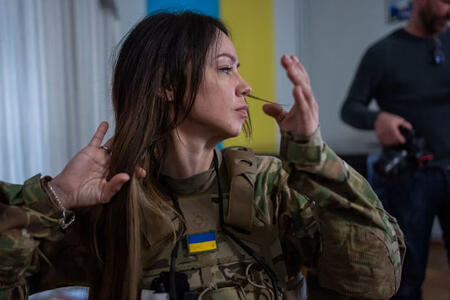 Axar.az reports that Sandra Andersen said that Iran left for Kyiv a week after the start of the large-scale Russian occupation and enlisted in the international legion as a military doctor.

The former MP said that he considered it his moral duty to take up arms and go to war for Ukraine.

"The last time there was a big war on the continent, my country also needed help. Therefore, it was a moral duty for me," said Sandra, recalling the Nazi occupation of Norway.

He said gender differences and stereotypes had lost their meaning in the war, and that everyone on the front was primarily a fighter.