Zelensky at the funeral of the helicopter crash victims 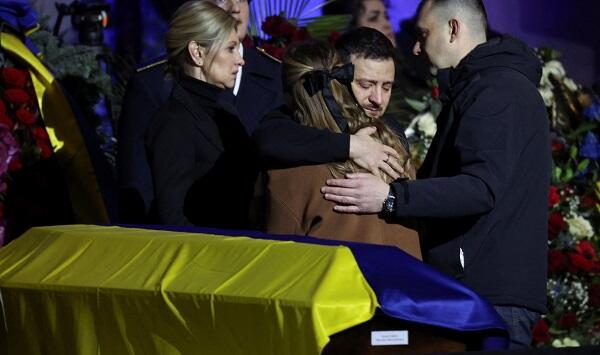 A farewell ceremony was held for the victims of the helicopter crash that took place on the territory of the kindergarten in Brovary, Kyiv region, Ukraine.