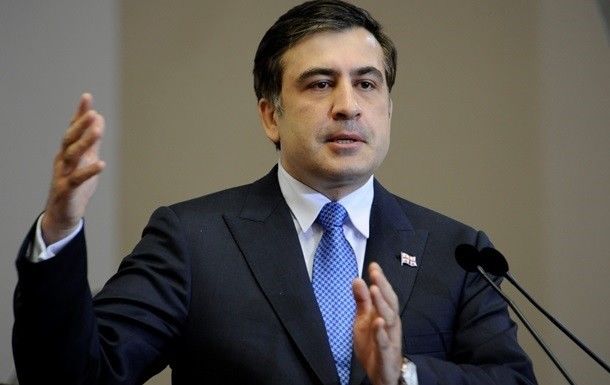 Firing an honest prosecutor, starving reformers of funding and support, allowing the intimidation of progressive officials.

These are some of the things Ukrainian President Petro Poroshenko has either abetted or turned a blind eye to, according to his one-time ally Mikheil Saakashvili, who spoke to Reuters a week after resigning as a regional governor.

A former Georgian president, Saakashvili was appointed governor of the Odessa region in 2015 by Poroshenko - Kiev's pro-Western leader who pledged to transform Ukraine after the Maidan street protests, partly fueled by anger over official corruption, led to the overthrow of the previous administration.

But for some in the country, dreams of radical change are fading; a report by Transparency International on Wednesday found nearly three-quarters of Ukrainians do not think there has been a reduction in corruption under Poroshenko, compared with under the former president, Kremlin-backed Viktor Yanukovich.

"Poroshenko wanted until now to appear nice in front of the West, that he is doing something, without really doing anything," Saakashvili said. "Imitating change without really having any real substantial change."

Reuters could not independently verify any of Saakashvili's allegations.

Saakashvili is one of three senior officials - with the national police chief and a prominent customs officer - who resigned in the space of a week, hitting out against the president or other officials for allegedly sabotaging reforms.

Poroshenko and others in the government "have lost all taste for reforms", Saakashvili said in an interview.

"Real change and reform really means also decreasing the leverage for stealing, for plundering, pillaging Ukrainian wealth and for the cronies of the president and the others to basically increase their wealth," he said.

"First they refused to help us when they could, and then they actually started to sabotage us."

When Saakashvili quit on Nov. 7 he said he planned to create a new Ukrainian political force without links to big business or established political factions, and that he would pressure the government for snap elections.

A day later on a visit to Slovenia, Poroshenko said he had appointed Saakashvili to work on regional projects but added: "We are a democratic country and if he decided to launch a political campaign ... he can."

Poroshenko added that other Georgians he had appointed to public positions "continue to work happily", holding up the head of the national police Khatia Dekanoidze as an example. But less than a week later, Dekanoidze also quit.

Saakashvili said he had hoped to reform Odessa on the Black Sea, which had a reputation as a hub for smuggling with a corrupt port customs service. But he said his efforts were blocked at every turn.

"We see some of the old cronies of Yanukovich, basically racketeer businesses, being replaced by people close to the sitting president," Saakashvili said.

Recalling their conversations, Saakashvili said Poroshenko had tried to blame former Prime Minister Arseny Yatseniuk for blocking reform. But even after Yatseniuk's government fell in April, Saakashvili said corruption was allowed to continue.

Yatseniuk resigned and, according to Saakashvili, the price he and his party exacted for supporting Poroshenko's choice of new prime minister was the sacking a reformist prosecutor who was investigating a scam to loot fuel from a state-run refinery.

Yatseniuk's People's Front party did not respond to a request for comment.

'LAST OF THE MOHICANS'

Saakashvili also said the head of Odessa port customs, Yulia Marushevska, was prevented from implementing reforms to reduce the discretionary powers of officers to set the level of duties and recruit new people who would be less susceptible to bribes.

Saakashvili said Marushevska was hounded by official reprimands at the behest of another parliamentary faction leader in exchange for supporting Poroshenko's coalition.

Marushevska, a Ukrainian, resigned on Monday, as did police chief Dekanoidze, a former Georgian government minister.

Marushevska was not immediately available to comment. She has previously accused vested interests in state agencies of sabotaging her attempts to fire corrupt officials.

Her superiors said her leadership had been unsatisfactory and that they had not seen any evidence of her reform plans.

Dekanoidze was also unavailable to comment. When she quit she said there was a conflict between "those who want to change, and those who are stuck in the past," warning that politicians should stop meddling in the police force.

Saakashvili has a long list of other alleged grievances: Two of his deputies were squeezed out of office on spurious grounds, his local police chief was fired, street protests were engineered in Odessa to discredit him.

Earlier official departures in Ukraine included the Economy Minister, a Lithuanian who resigned in February accusing a Poroshenko ally of corruption.

"We were almost The Last of the Mohicans trying to keep faith in changing the system from within it," Saakashvili said of reformists who had left their jobs. "So for us, giving up hope was very hard because we invested a lot of time, reputation, effort in trying to change the system."

"Keeping the status quo would also destroy Ukraine, so we need some kind of positive change," he said.