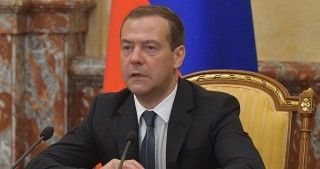 The Prime Minister of Turkey will pay a working visit to Russia.

The Prime Minister of Turkey will pay a working visit to Russia. "Certainly, it will be [discussed]," Prikhodko said responding to a question whether the Turkish Stream topic will be raised at the prime ministers’ meeting. Chief Executive Officer of Gazprom Alexei Miller will take part in negotiations from the Russian part, the official added.