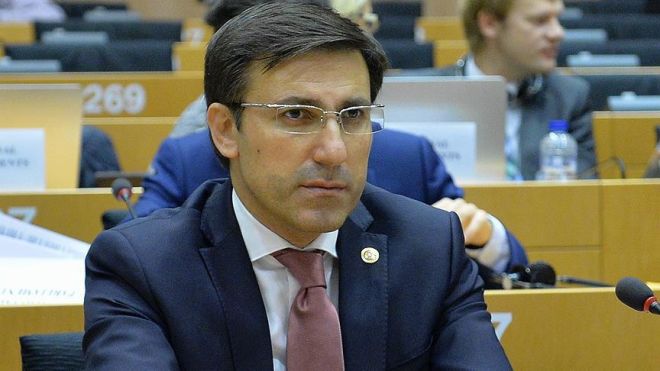 Axar.az reports, July’s coup attempt in Turkey and the country’s relationship with the EU will be debated at a parliamentary meeting on Wednesday. Talip Kucukcan, a lawmaker from Turkey’s ruling Justice and Development (AK) Party, will speak at the event organized by the Daily Sabah Center for Policy Studies and the Democracy for All initiative.

Other developments in the Middle East and Turkey’s ties with the U.S. and Russia will also be addressed, Kucukcan said in a statement. Kucukcan, who heads the Turkish delegation to the Parliamentary Assembly of the Council of Europe, said he would explain Turkey’s priorities in attempting to bring those responsible for the July 15 coup bid to justice.

Turkey holds the Fetullah Terrorist Organization (FETO) led by U.S.-based Fetullah Gulen responsible for the attempt to overthrow the government, which resulted in 248 deaths.