Julian Assange will agree to extradition if... 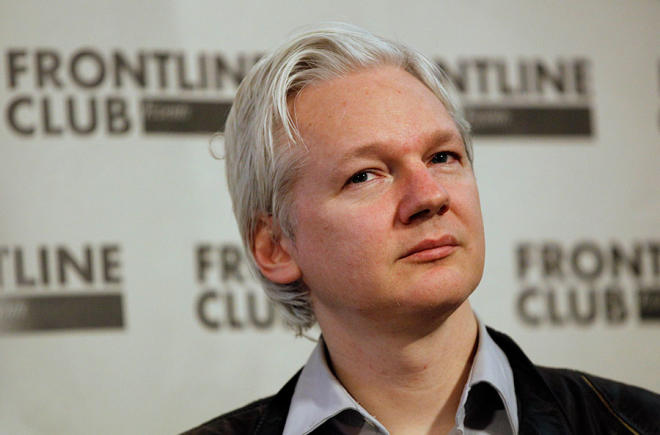 In a tweet posted on the group’s official account Thursday, WikiLeaks said Assange would not oppose extradition to the U.S. “despite [the] clear unconstitutionality” of any potential criminal complaints that the Justice Department may have against the whistleblower website, if U.S. army private Manning is released.

Manning, who admitted to leaking around 700,000 documents, diplomatic cables and other classified material to WikiLeaks, is currently serving a 35-year sentence in Fort Leavenworth prison in Kansas.
In November, Manning petitioned Obama to commuted her sentence to time already served, which has been a little more than six years. During this time she has gone on hunger strike and attempted to take her own life. In the petition, she explained that while she took full responsibility for her actions, she “did not intend to harm the interests of the United States or harm any service members.” A public drive calling for the same has received support from the American Civil Liberties Union and fellow whistleblower Edward Snowden, among others.

According to NBC News on Wednesday, Manning was put on the President’s shortlist for a possible commutation.

Assange, meanwhile, has spent the past five years within the confines of the Ecuadorean embassy in London, where he sought political asylum. Assange has been trying to avoid extradition to Sweden, where he faces sexual assault charges. In November, he was questioned over the allegations at the embassy.

Assange and his supporters insist that, if brought to Sweden, the U.S. might subsequently try to extradite him to face possible espionage charges. In 2013, the Washington Post reported that the Department of Justice had concluded there was no viable way to prosecute Assange, and that there were no sealed indictments against him, contrary to WikiLeaks and Assange’s insistence.