Syria has no objections to US presence at Astana 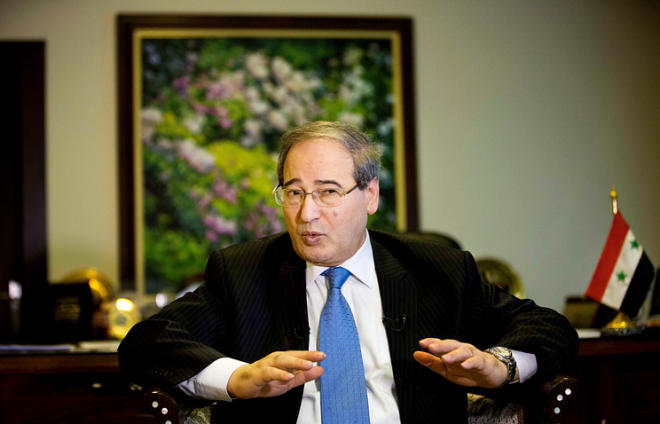 Any country that "honestly seeks to facilitate the peaceful settlement of the Syrian conflict, is eligible to take part in the Astana meeting," Syrian Deputy Foreign Minister Faisal Mekdad said on Wednesday in an interview with the Lebanese broadcaster al-Mayadeen.

He made clear that Damascus had no objections to the presence of US representatives at the Astana talks scheduled to be held January 23-25. However, Mekdad stressed that Washington "will have to prove its sincerity about settling the Syrian crisis." According to the Syrian deputy minister, the US "should exert pressure on Turkey to make it close its border with Syria," as well as influence its partners, namely Saudi Arabia and Qatar "preventing them from financing militant groups and supplying weapons to them."

The Astana meeting will be held in accordance with the initiative put forward by Russia, Turkey and Iran on December 20, 2016. Iran stands against the US presence. Secretary of the Supreme National Security Council of Iran Ali Shamhani said on Wednesday that there were "absolutely no grounds" for the United States’ participation in the talks. At the same time, he admitted that "there is a possibility that the host country (Kazakhstan) will invite the US to Astana as an observer."