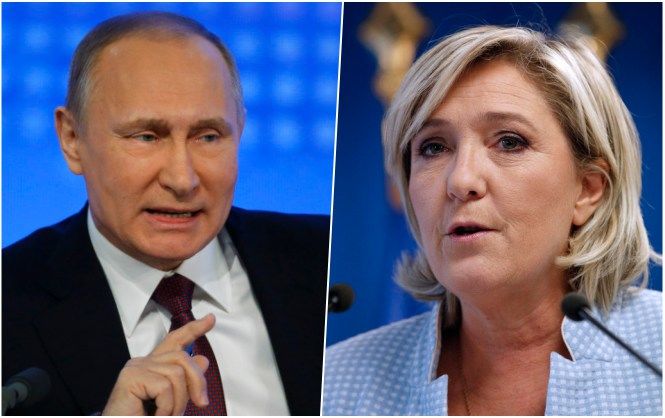 French far right presidential candidate Marine Le Pen has urged Russia and France to unite, during a visit to Russia less than a month before French elections.

Le Pen said as she visited the lower house of the Russian parliament that Russia and France should work together to save the world from globalism and Islamic fundamentalism, according to the Interfax news agency.

Le Pen has made multiple trips to Russia and often met with Russian lawmakers. Moscow has courted far-right parties in Europe in an influence-building campaign amid friction between Russia and the West over the conflict in Ukraine and the Syrian civil war.