US senator: Russia 'tried to hijack US election' 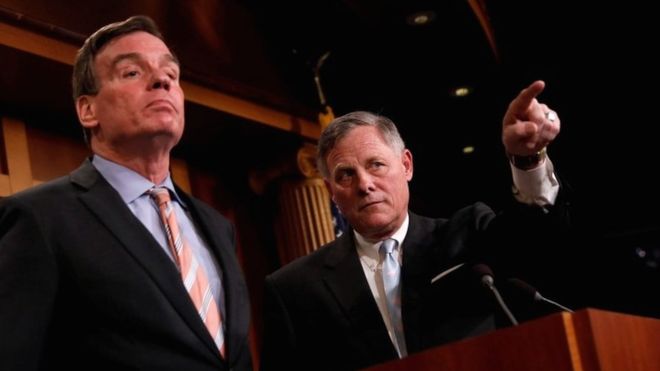 Russia tried to hijack the US democratic process, says a senator investigating alleged interference in the US election.

Axar.az reports that a hearing by the Senate Intelligence Committee opened on Thursday morning. Jared Kushner, President Donald Trump's son-in-law, is to appear next week.

In the committee's opening remarks, Ranking Democrat Mark Warner said "Russia sought to hijack our democratic process" by employing a disinformation campaign on social media, which he describes as "Russian propaganda on steroids".

He said Thursday's session would examine how Russia may have used technology to spread disinformation in the US, including the possible generation of fake news for voters in key states, such as Wisconsin, Michigan and Pennsylvania.

Embarrassing "stolen information" was released through websites such as Wikileaks, Mr Warner said, at "seemingly choreographed times that would cause maximum damage to one candidate" - Hillary Clinton.

"They did this with an unprecedented level of sophistication," he said.
Committee chairman Republican Richard Burr said "we are all targets of a sophisticated and capable adversary". He added that "if we politicise this, our efforts will likely fail".

Former National Security Agency director Keith Alexander will be one of those testifying on Thursday.