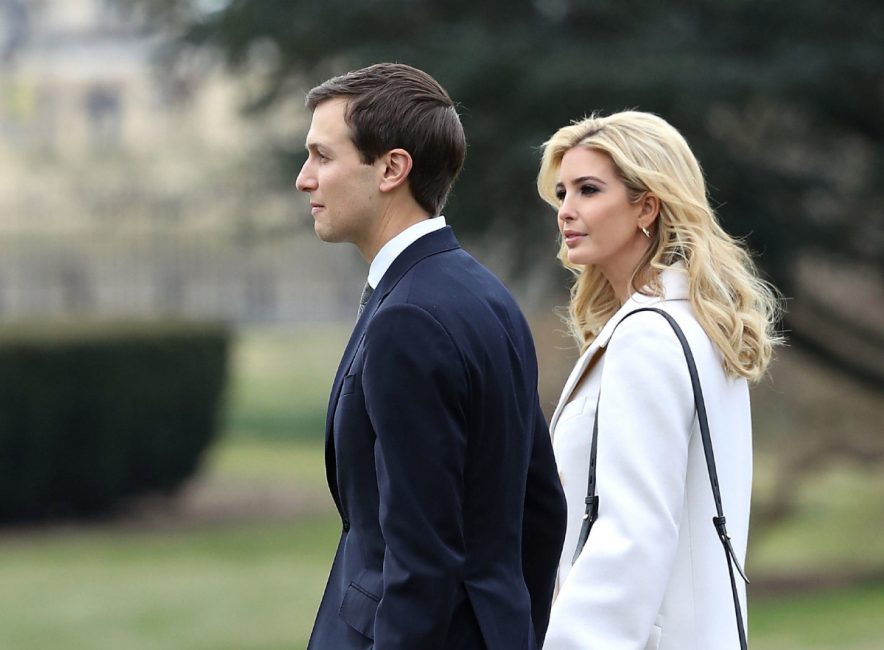 President Trump's daughter and son-in-law, two of his top advisers, will remain beneficiaries of Jared Kushner's family real estate business, worth as much as $741 million, the New York Times reported on Friday.

Ivanka Trump is also retaining a stake in the Trump Organization's hotel in downtown Washington, close to the White House. It is not immediately clear how she would earn income from the property.

Ivanka Trump, who also owns her own fashion brand, earned between $1 million and $5 million from January 2016 to March 2017 on the hotel, and her stake is worth between $5 million and $25 million, based on financial disclosure forms from her husband, Jared Kushner. Since Ivanka Trump has just recently announced she will take an official position in the White House, more details of her own finances will likely be released at a later date.
The White House began releasing financial information for some 180 senior officials Friday night.

In a call with reporters earlier in the day, White House officials stressed that the documents show finances at the time these aides began their roles, and may not reflect any divestitures or other steps taken in the weeks since.

Kushner has stepped down from his management positions at more than 200 entities tied to his family's real estate business, the Times reported. But he will remain a beneficiary of most of them, through a series of trusts that own the real estate companies.

The Office of Government Ethics will review the forms of top White House officials to make sure they are complete and address any potential conflicts of interest.

Ivanka Trump resigned from her management role in the Trump Organization and her eponymous fashion brand. Kushner's forms show that she will continue to receive fixed payments, not based on performance, from three real estate entities. She is not taking a salary for her White House job.

The documents value a trust containing the Ivanka Trump brand, overseen by her brother- and sister-in-law, at $50 million.

According to the Times, the brand is mostly a licensing operation which sells the use of Ivanka Trump's name to clothes manufacturers. The newspaper also reported that the brand had revenues between $4 million and $6 million in 2013.

The president's daughter and son-in-law working in the White House has raised ethical concerns.

During the first weeks of the new administration, the president's daughter appeared in several White House meetings and often sat in on important diplomatic discussions, before she held an official title.

"I have heard the concerns some have with my advising the president in my personal capacity while voluntarily complying with all ethics rules, and I will instead serve as an unpaid employee in the White House office, subject to all of the same rules as other federal employees," she said earlier this week.

"Throughout this process I have been working closely and in good faith with the White House counsel and my personal counsel to address the unprecedented nature of my role."