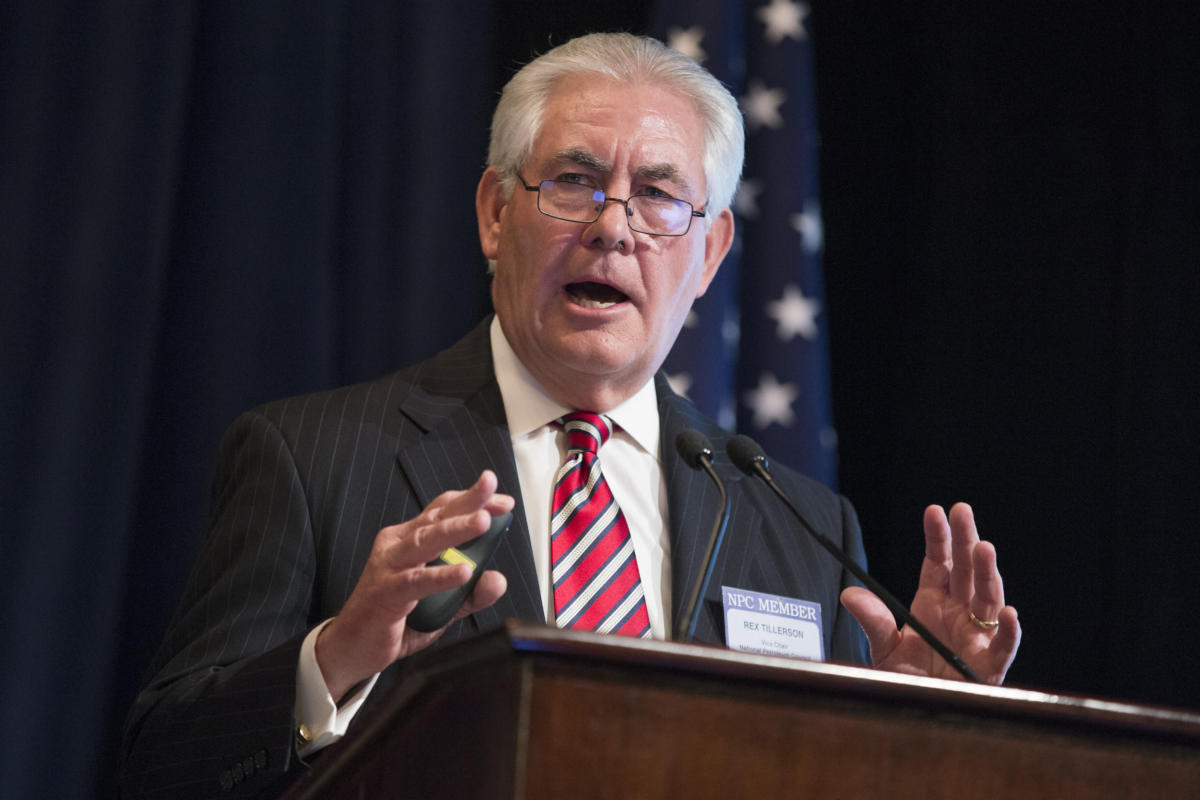 U.S. Secretary of State Rex Tillerson carried a unified message from world powers to Moscow on Tuesday, denouncing Russian support for Syria and taking up America's traditional role as leader of the West on behalf of Donald Trump's administration.

Tillerson took off for Russia on Tuesday from Italy, where he met foreign ministers from the Group of Seven advanced economies. They were joined by Middle East allies to forge a united position on Syria, which has been catapulted to the top of the international agenda since a poison gas attack killed 87 people a week ago.

Western countries blame Syrian President Bashar al-Assad for the gas attack, and Trump responded by firing cruise missiles at a Syrian air base. That has put his administration in open dispute with Russian President Vladimir Putin, who has stood firmly by Moscow's ally Assad, who denies blame.

"It is clear to us the reign of the Assad family is coming to an end," Tillerson told reporters in Italy before departing the G7 meeting for Moscow. "We hope that the Russian government concludes that they have aligned themselves with an unreliable partner in Bashar Al-Assad."

He said Russia had failed in its role as sponsor of a 2013 deal under which Assad promised to give up his chemical arsenal.

"These agreements stipulated Russia as the guarantor of a Syria free of chemical weapons," Tillerson said. "It is unclear whether Russia failed to take this obligation seriously and whether Russia has been incompetent. But this distinction doesn't much matter to the dead. We can't let this happen again."

In a statement released before Tillerson was due to arrive, Russia said it hoped its meetings with him would be productive but it was concerned about a number of areas of U.S. policy, including on North Korea, Libya and Yemen as well as Syria.

The secretary of state's role as messenger for a united G7 position is a turning point for Trump, who in the past alarmed allies by voicing scepticism about the value of U.S. support for traditional friends, while calling for closer ties with Moscow.

Tillerson himself is a former boss of the Exxon Mobil oil company which has gigantic projects in Russia. He was awarded Russia's "Order of Friendship" by Putin in 2013.