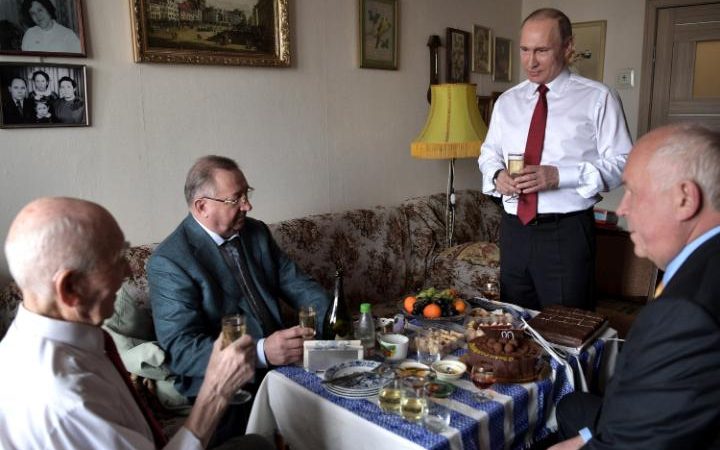 Vladimir Putin has joined former KGB colleagues to celebrate the birthday of their former boss in the Soviet secret service.

Lazar Matveyev, who turned 90 today, was the head of the KGB residency in Dresden in the 1980s, where junior spies on his staff included Mr Putin.

Mr Putin and two other former spies from the Dresden KGB residency, Sergey Chemezov and Nikolai Tokarev ,visited Mr Matveyev at his home in Zhulebino, a suburb of eastern Moscow, on Monday morning.

Photographs released by the Kremlin show the three men toasting Mr Matveyev with champagne over a birthday breakfast.

The Kremlin said Mr Putin gave Mr Matveyev a presidential watch and a copy of Pravda published on the day he was born in 1927.

Mr Putin joined the KGB in 1975 and served at the KGB’s residency in Dresden, in East Germany, from 1985 to 1990. He retired from the agency with the rank of lieutenant colonel when the Soviet Union collapsed.

His old KGB comrades from Dresden have done well under his presidency.