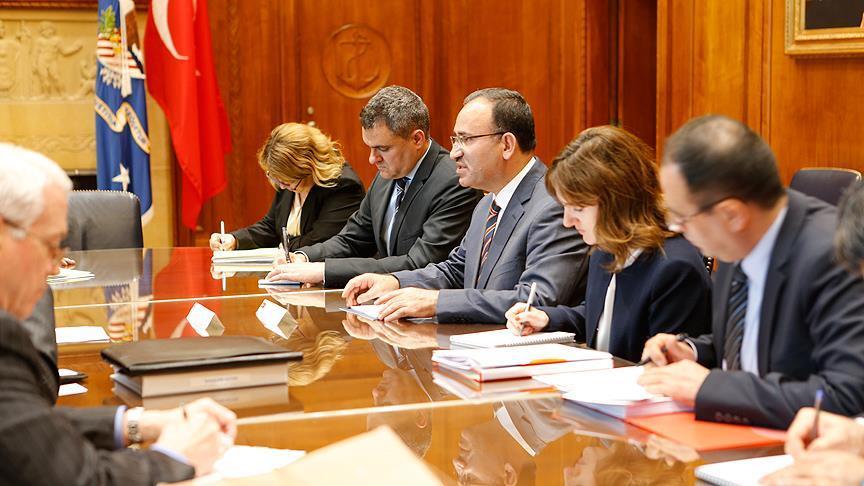 The unexpected six-hour marathon discussions were originally scheduled to conclude Tuesday but were extended at the request of Turkish Justice Minister Bekir Bozdag and headed by Faris Karak, the Assistant General Director of Law and Foreign Affairs of the Ministry of Justice with U.S. Justice Department officials.

Three prosecutors from the Ankara Chief Public Prosecutor's Office were also involved in the discussions.

Following that meeting, the sides decided to pursue discussions focused on the process of the extradition.