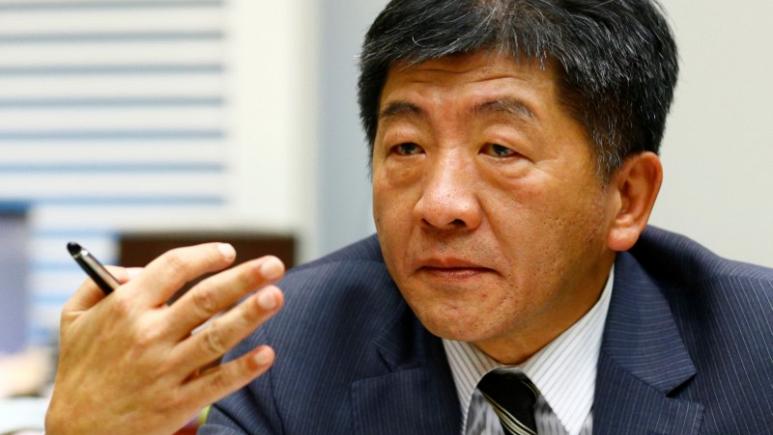 Taiwan hopes its allies will stand up to China’s “coercion and threats” that have shut it out of the U.N.‘s annual World Health Assembly (WHA), Taiwanese Health Minister Chen Shih-chung told Reuters on Saturday.

Thousands of delegates from the World Health Organization’s 194 members will attend the Geneva meeting this week, but Chen’s delegation and Taiwanese media are barred from entry. “I have to call on China to realise the traditional wisdom of Chinese culture, which is that people are won over by goodwill instead of coercion and threats. That is how a big country should present itself to the world,” Chen said. China views democratic Taiwan as a renegade province to be retaken with the use of force if necessary, and says other countries and international organisations should not recognise or treat it as a separate country.

Taiwan is not a member of the United Nations, which recognises the “one China” policy centred on Beijing, and it never formally takes part in U.N. meetings. Since 2009 it has been given observer status at the WHA with Beijing’s acquiescence. But President Tsai Ing-wen has angered Beijing by refusing to recognise the “1992 consensus”, as the previous China-friendly Nationalist government did. The “1992 consensus” acknowledges Taiwan and China are part of a single China but allows both to interpret who is the ruler. WHO chief Margaret Chan, a Hong Kong national whose replacement will be elected on Tuesday, has the right to invite Taiwan as an observer. “I’m not very willing to focus criticism on an individual and I believe she must be under great pressure but I believe that as the most important leader of the WHO she should be able to make judgements and uphold the principle of global health,” Chen said. Chan’s successor will be one of three candidates – from Pakistan, Ethiopia or Britain. “Our expectations are high and we believe that the next candidate will do better and we will give them our full support,” Chen said. “You can’t afford to exclude 23 million people from the global health network.” Taiwan wants to be at the WHA to share its experience in national health insurance, disease prevention, and know-how in areas such as hepatitis-C treatment, AIDS, organ transplants, and craniofacial treatment, Chen said. The WHO is also the global coordinator of responses to disease outbreaks such as Severe Acute Respiratory Syndrome (SARS), which hit Asia in 2002. “After the SARS pandemic Taiwanese people are highly concerned with the incomplete disease prevention system and the untransparent information channels of mainland China,” Chen said.

Taiwan contributes to the system, Chen said, having shared information on a mutating strain of bird flu imported from China earlier this year. “We don’t know when things will get worse, therefore the first to see this trend has to report in time so that the world will have better and faster action in developing vaccines and medicines.” Exclusion from the WHA follows a similar refusal from the U.N. aviation agency’s conference in Canada last September. “I believe that the continuation of such incidents will only show that some parties of the world care more about politics and their own desires than about basic human rights,” Chen said. He said he would be willing to take any opportunity to meet and make contact with health officials from mainland China. “It is a must for all countries to cooperate with each other on the health of their citizens. And I also believe it is the responsibility of the world to make sure that Taiwan is not excluded from the global health system.”