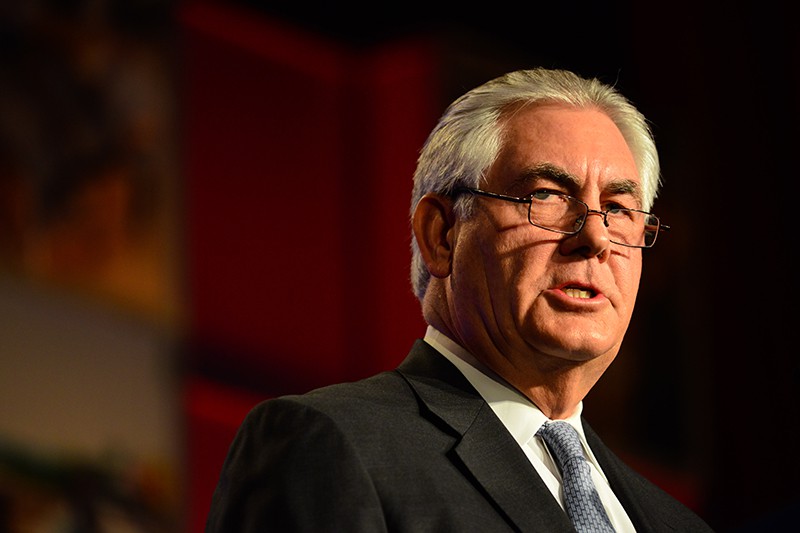 US Secretary of State Rex Tillerson has prepared a plan on dealing with Russia, media reported citing a classified document.

Axar.az reports that the BuzzFeed online outlet reported that the Tillerson plan has three main points.

First, it is supposed to convince Moscow to refrain from what the United States sees as aggressive actions and to make it clear that Washington will retaliate.

The second point is engagement with the Russian side on issues of strategic interest to the United States, including Syria and North Korea, as well as cybersecurity. In particular, Tillerson wants to seek coordination with Russia in fighting the Islamic State terror group, which is banned in both countries, more actively. As for North Korea, it is supposed to reverse the growth of trade between Russia and North Korea in order to isolate Pyongyang.

The third point of the plan emphasizes the importance of maintaining strategic stability with Russia.
The media also noted that, unlike Obama's times, the State Department became the main author of the Russian strategy, whereas in the Obama administration the National Security Council of the White House was responsible for this.