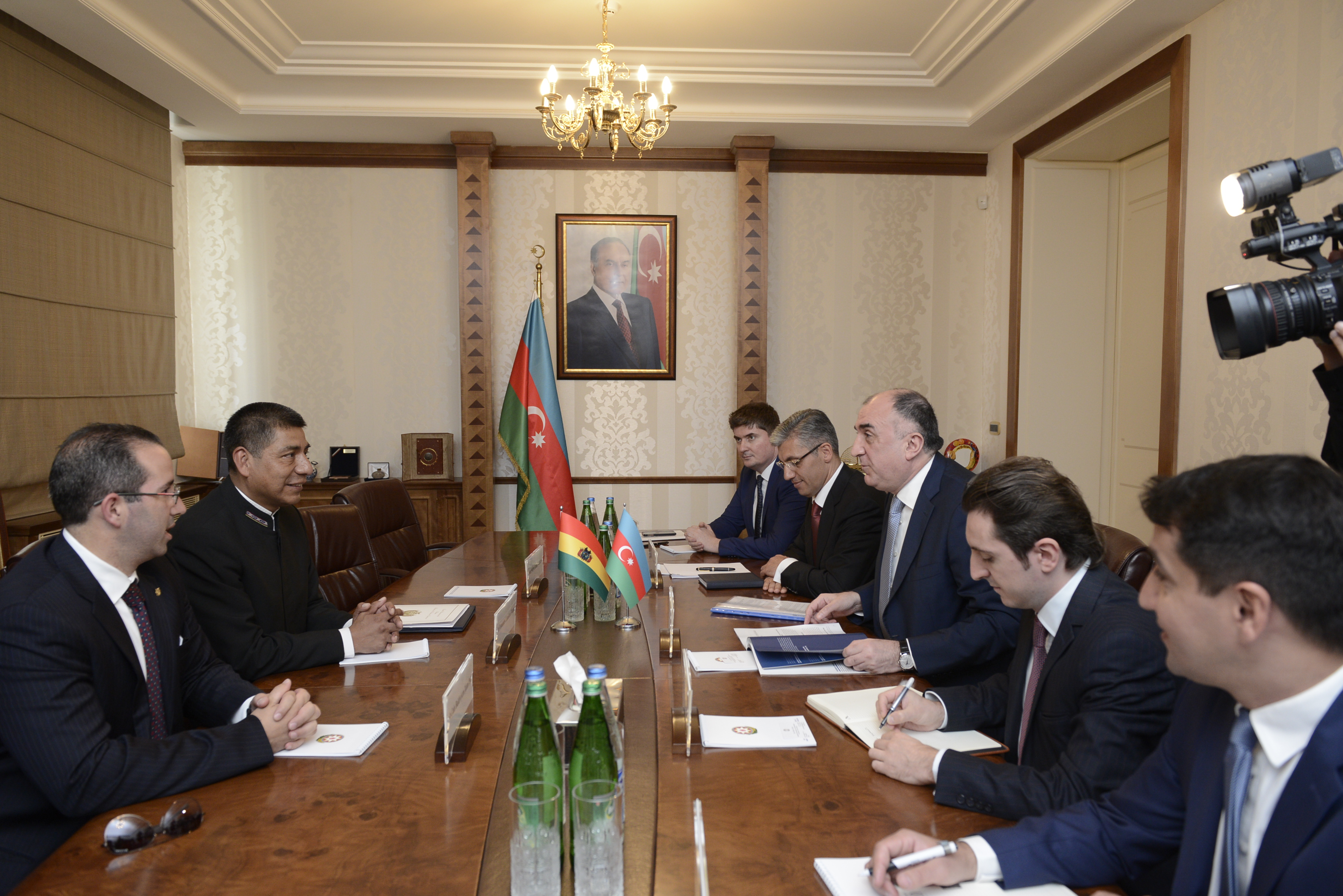 He made the remarks on August 18, during the official meeting with the Azerbaijani Foreign Minister Elmar Mammadyarov, reads a joint press statement by the country’s Foreign Ministry and the Cabinet of Ministers.

Within the visit, Foreign Ministers Elmar Mammadyarov and Fernando Huanacuni Mamani had a tête-à-tête and extended meetings, according to the joint press statement.

The ministers noted the importance of mutual visits to foster the friendship bonds and cooperation between Azerbaijan and Bolivia and, in this regard, stressed the significance of the first official visit by the foreign minister of Bolivia to Azerbaijan.

At the meeting, the ministers reviewed the current status of bilateral relationship and noted that there are vast opportunities for cooperation in the energy, economy, commerce, agriculture, mining, education and other spheres between the countries.

In the humanitarian sphere, exchange of students and scholars was particularly highlighted.

The ministers commended the cooperation between the two countries within the international organizations and reiterated their appreciation for Bolivian support to Azerbaijan’s nomination to the United Nations Economic and Social Council for the term of 2017-2019 and Azerbaijan’s support to Bolivian nomination to the United Nations Human Rights Council for the term of 2015-2017.

Ministers reiterated their mutual respect and support to each other’s political independence, territorial integrity, and sovereignty. Both authorities emphasized inadmissibility of interference in the internal affairs of states and expressed their strong condemnation of aggressive separatism, as well as all forms and manifestations of terrorism.

During the meeting, the ministers exchanged views on further expansion of legal base between the countries and agreed on encouragement of the parliamentary cooperation.

Ministers signed an Agreement between the Government of the Republic of Azerbaijan and the Government of Plurinational State of Bolivia on the exemption of visa requirements for holders of diplomatic and official/service passports.

In the framework of the official visit to Azerbaijan, Fernando Huanacuni Mamani was also received by Artur Rasizade, the country’s prime minister.

During the meeting, Fernando Huanacuni Mamani presented a letter of invitation by Evo Morales Ayma, the president of the Plurinational State of Bolivia, addressed to Ilham Aliyev, the president of the Republic of Azerbaijan, to attend the Fourth Gas Exporting Countries Forum (GECF) Gas Summit to be held in Bolivia on November 20-24, 2017.