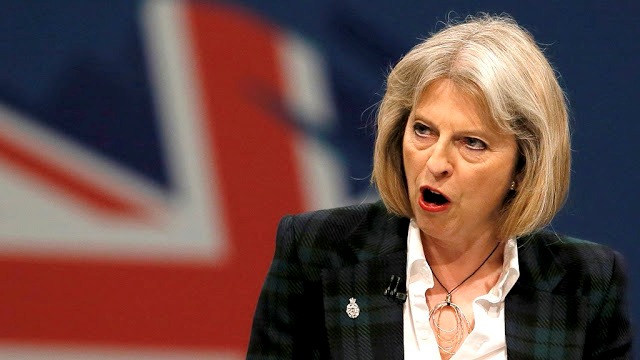 On Monday, Prime Minister Theresa May's cabinet committee is due to focus on how much Britain's withdrawal from the EU should cost.

Axar.az reports citing Sputnik that, paying Brussels a higher Brexit divorce bill worth about 40 billion pounds (approximately 52 billion dollars) will be high on the agenda of the Cabinet meeting, according to The Guardian.

With London attempting to tackle the deadlock in Brexit talks, Prime Minister Theresa May will reportedly try to arrive at a political accommodation on the matter during the Monday gathering.

Britain's Foreign Secretary Boris Johnson and Environment Secretary Michael Gove are expected to put pressure on May to clarify what the UK "wants from a future trading relationship before agreeing to hand over such a large sum," The Guardian reported.

British media reported recently that May could line up an additional 20 billion pounds (26 billion dollars) for the EU as part of the divorce bill due to fears that London risks missing its December deadline to start negotiating future trade ties with the bloc.

In a leaked memo in mid-October, Johnson and Gove demanded that transition arrangements for Britain's exit from the EU should wrap up on June 30, 2021.

On October 20, the leaders of 27 EU states agreed to start internal preparations for the second phase of the Brexit talks. They decided that they would reassess the existing progress at their summit in December, which is needed to move to the second phase of negotiations.

Last Friday, EU Commission President Jean-Claude Juncker voiced hope that the parties to the Brexit negotiations would clinch the much-needed agreement before the deadline but added that work needs to be done for it.

The Brexit talks between the UK and the EU, which started on June 19, are expected to wrap up before the end of March 2019. In a referendum on June 23, 2016, about 51.9 percent of British voters supported their country leaving the bloc.