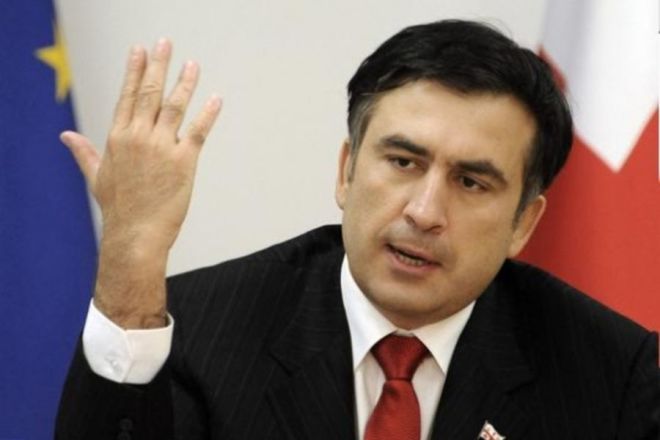 About 1,000 supporters of ex-Georgian leader and former Governor of Ukraine’s Odessa Mikheil Saakashvili, who now leads the Ukrainian oppositions’ Movement of New Forces, are marching across central Kiev demanding change of power in the country.

"We are resuming our protests," the rally’s participant said. "We see clearly that they [authorities] cannot be trusted, and we are sure the regime will not make it to spring." The protesters chant calls for resignations and for legal responsibility. They call for impeachment of President Pyotr Poroshenko, for new parliament, where "300 independent Spartans-deputies," whose term would be one year - to adopt laws to change the power system in the country. The third demand is a new government, which will implement the program dubbed "70 Days of New Power."

On December 19, 2017, Saakashvili announced a New Year break in marches for impeachment, which he had launched on December 3, 2017.

On January 10, Saakashvili announced he was beginning trips across Ukraine to find new candidates for government positions "who will rule the country by other means, who won’t steal money and destroy Ukraine, but who will build it." He stressed that new people are required for "a peaceful change of power in Ukraine."