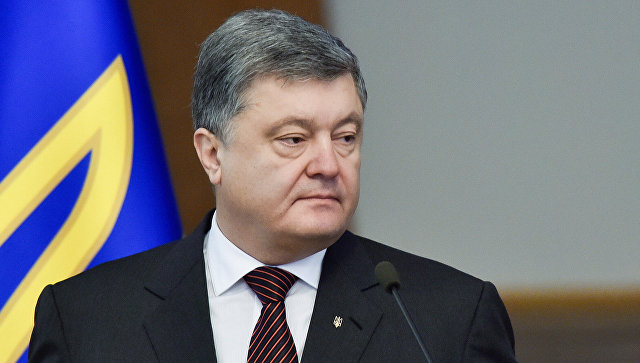 President Pyotr Poroshenko of Ukraine told the students of the Taras Shevchenko National University on Friday he does not think that any kind of a Minsk format of negotiations for peace settlement in eastern Ukraine exists.

He claimed that the Normandy Four [Russia, France, Germany, and Ukraine] was the only tangible format.

"There is no Minsk format of negotiations and [Kiev’s plenipotentiary representative at the talks of the Ukraine Contact Group Leonid] Kuchma doesn’t take any part in the Minsk format of talks," Poroshenko claimed. "The Normandy format is the only one that exists."

"If you find any other format of negotiations where Putin is present, I’ll be prepared to consider it but I assure you it doesn’t exist," Poroshenko said.

He also claimed the Ukrainian side was holding discussions in the framework of the Contact Group only with the envoys of Russia and the Organization for Security and Cooperation in Europe [OSCE].