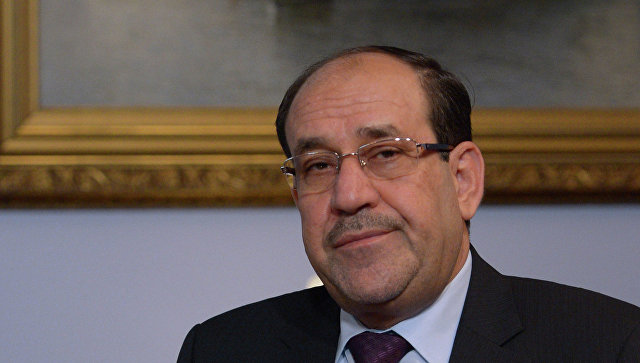 Iraqi Vice President Nouri al-Maliki announced on Sunday that he does not plan to run for the post of prime minister.

Al-Maliki, who leads the State of Law coalition, was elected a prime minister in 2006 and served for another term between 2010 and 2014.

“When I announced years ago that I will not run for prime minister I was serious based on a vision that I am still committed to… and now I confirm my decision for the same reasons and vision,” al-Maliki said in a statement.

The former premier said he would support the upcoming prime minister to carry out reforms and accomplish his national tasks.

The remarks came a day before the new parliament convenes for its first session.
Last month, Iraq's electoral commission announced that a manual recount of the May 12 parliamentary elections were more or less the same as the initial electronic vote count.

The vote results were approved by the Iraqi Federal Court.

Within 30 days of the first parliament session, the assembly will elect -- by a two-thirds majority -- the country’s next president.

The president will then task the largest bloc in parliament with drawing up a government, which must be referred back to parliament for approval.