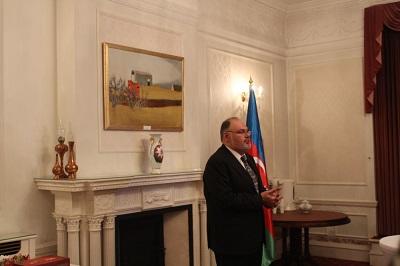 Azerbaijan`s Embassy in London has hosted an event to commemorated the 15th anniversary of the death of national leader Heydar Aliyev.

Addressing the event, Azerbaijani Ambassador to the UK Tahir Taghizade highlighted national leader Heydar Aliyev`s life and political activities. He said it was thanks to the great leader that Azerbaijan managed to cope with all the problems in the first years of independence and ensured its sustainable development.

Participants in the event included embassy staff, employees of the office of the military attaché at the embassy, and members of the Azerbaijani diaspora in the UK.