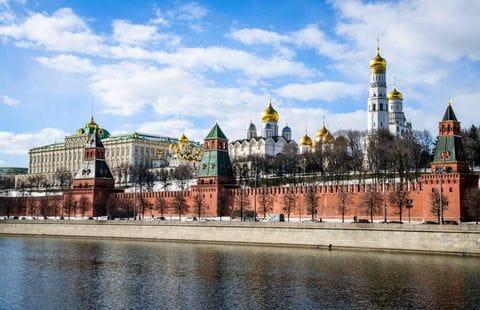 Moscow and London have reached an agreement on gradually restoring their diplomatic missions’ staff as of January 2019, Russian Ambassador to the UK Alexander Yakovenko told the Rossiya 24 TV channel.

"We have reached an agreement in principle that the diplomatic staff in both Moscow and London would be restored sometime in January," he said. "I am not sure that will be done in relation to all staff, but at least half of the embassy will be restored."

Yakovenko described the agreement as a positive step in bilateral relations.

Relations between Russia and the UK deteriorated after the incident in the British city of Salisbury. According to London, on March 4, former Russian military intelligence officer Sergei Skripal, who had been convicted in Russia for spying for the UK but later swapped for Russian intelligence officers, and his daughter Yulia, were found unconscious on a bench near the Maltings shopping center in Salisbury, England on March 4. Police said they were exposed to a nerve agent.

Later on, London claimed that the Novichok-class toxin had been developed in Russia. The UK rushed to accuse Russia of being involved, failing to furnish any evidence. Moscow refuted the accusations stating that neither the Soviet Union nor Russia had ever done research on that toxic chemical.

Britain also expelled 23 Russian diplomats without providing any evidence and said other measures against Moscow would be taken. Moscow took tit-for-tat steps expelling the same number of British diplomats from Russia and ordering to close the British Consulate-General in St. Petersburg and shut down the British Council’s offices in Russia.