Terrorists seized in Syria would be a terrible crime 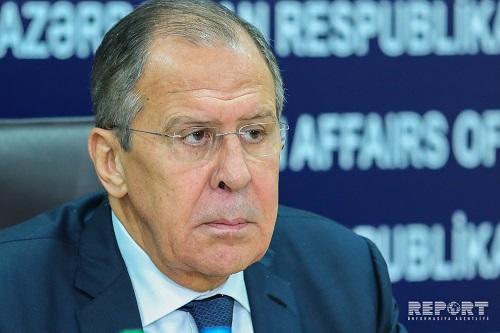 The United States would commit a terrible crime if it releases foreign terrorist militants seized in Syria, Russian Foreign Minister Sergey Lavrov said at a press conference on Monday.

"Our western colleagues, primarily the Europeans, are reluctant to take back foreign terrorist militants seized by the Americans and the Kurds on the western bank of the Euphrates River, which is another proof of double standards. Debates are underway, the Americans are threatening to simply release them all, which would be a terrible crime in my opinion," the Russian top diplomat pointed out.

"The European countries whose passports these militants hold refuse to take them back," Lavrov noted. "The last thing I heard is that they are trying to persuade the Iraqi government to take them," he added.

"You know, this isn’t funny anymore. We remember that people were illegally seized and taken to Guantanamo without being charged, the CIA had flying prisons, illegal prisons were set up in NATO countries in breach of those countries’ laws," the Russian foreign minister emphasized. "And now, it is the other way around: instead of putting pressure, which was not always legal, they want to release them just like that," he said.

"As for the wall around Afrin, I haven’t heard anything about that. I assume, however, that the Turkish leadership has reaffirmed on numerous occasions that Ankara’s counterterrorism operations on Syrian soil are temporary," he said.

"As far as the eastern shore of the Euphrates is concerned, we support the Syrian government, which is ready to cooperate with Turkey on the basis of the 1998 Adana agreement [which envisages, in particular, Turkey’s right to carry out small-scale cross-border operations against terrorists in Syria’s frontier zone]."