Celebrities gathered in Baku for Karabakh and Kirkuk 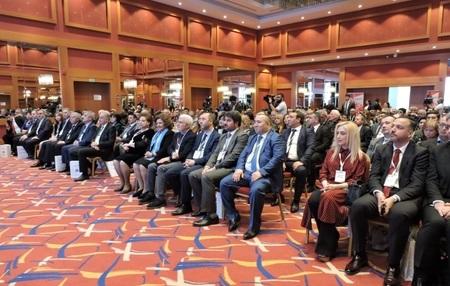 An international symposium titled "The Place of Kirkuk and Karabakh in the Future of the Turkish World: Geopolitical Challenges and Perspectives" was held at Park Inn Hotel today.

The well-known figures of the Turkish world came together in Baku for the fate of Karabakh and Kirkuk.

Axar.az reports that the event was held by the coordination of Council of State Support to Non-Governmental Organizations under the President of Azerbaijan, Turkish and Azerbaijani Businessmen and Industrialists' Public Union (TUIB), Azeri-Turkish Women's Union, Azerbaijan-Turkey House (ATEV), The Turkish International Cooperation and Coordination Agency (TIKA) and Yenicag Media agency.