Iran reminds of US lies before Iraq war 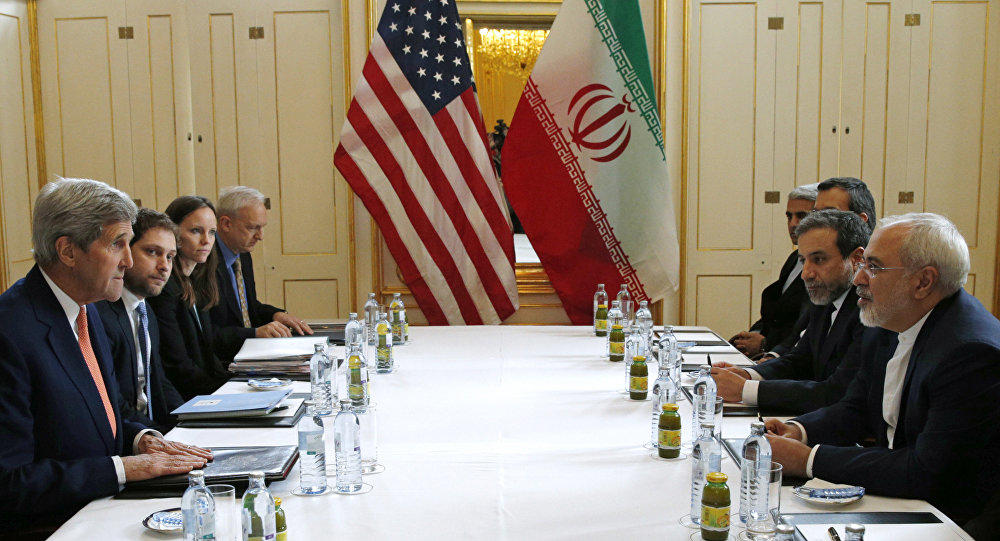 Relations between Iran and the US have been patchy ever since the 1979 Iranian Revolution, but they took a turn for worse after the United States withdrew from the landmark 2015 nuclear deal and re-instated crippling economic sanctions against Iran last year.

Axar.az reports citing foreign media that, Tehran has laughed off Washington's claims that it posed a threat to the US forces deployed in the Middle East, saying that the Trump administration is using 'fake intelligence'.

"These are all allegations which are being produced by the same people who, in the run-up to the US invasion of Iraq, did the same," Majid Takht Ravanchi, Iran's Ambassador to the UN, said in an interview with NBC News on Saturday.

His remark came in an apparent dig at Trump's national security adviser John Bolton, who worked in the US State Department at a time when the United States invaded Iraq under the pretext that Saddam Hussein was building and using weapons of mass destruction (a claim that has never been supported by any credible evidence).

"So we do not accept such an allegation. And all of these (allegations) are fake intelligence," Ravanchi was quoted as saying.

The US deployed an aircraft carrier and a bomber task force near Iran late last week to discourage the Islamic Republic from any potential attacks on the interests of the United States or its allies. Days later, the Pentagon ordered the deployment of more missile defence systems to the Middle East.

The move was reportedly based on new intelligence indicating that Iran and its proxies could be planning attacks both on land and at sea.

"We have information that you don't want to know about," US President Donald Trump said at a news conference at the White House. "They were very threatening and we have to have great security for this country and many other places."

Trump also called on Iran to sit down and re-negotiate the 2015 nuclear deal, which he quit last year. He was referring to the Joint Comprehensive Plan of Action, the Obama-era agreement which granted Iran economic sanctions relief in exchange for letting in international inspectors and curbing its nuclear activities.

The US President claimed that the deal did not prevent Iran from resuming work on nuclear weapons and brought back economic sanctions against the country. However, the remaining world powers that signed the deal, including Russia, China, Germany, France and the UK, refused to follow suit and pledged to stick to the agreement.

Apart from sanctions on Iran's banking sector and oil exports, the US also recently blacklisted its elite paramilitary force, the Islamic Revolutionary Guard Corps (IRGC), as a terrorist organisation. Iran responded in kind by placing the US Central Command under the same designation.

Iranian Foreign Minister Mohammad Javad Zarif has not ruled out that the ongoing confrontation could spiral into a military conflict. He made the case that Trump does not have an interest in another war in the Middle East, but assumed that some of his advisers and foreign allies were dragging Washington into another war.