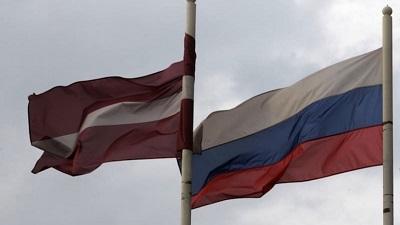 Mutual sanctions between the EU and Russia will be lifted sooner or later, which is why Latvia needs to consider the ways to rebuild relations with Russia, former Mayor of Riga Nils Usakovs said on Friday. Usakovs is running in the upcoming European Parliament election.

"I would like to live long enough to see this nightmare of mutual sanctions end. How realistic is to expect that to happen in the nearest future? We’ll see," he said in an interview with the local news agency LETA.

"In my opinion, we have to follow the example of Germany, for example. On the one hand, their position is firm on many issues, on the other hand, the governments are cooperating. We have to realize that sooner or later there will be a time when mutual sanctions will end, which is why we have to think about the ways to build our relations," the politician added.

In 2014, the European Union introduced sanctions against Russia in relation to the events in Ukraine and Crimea. Since then, it has repeatedly expanded and prolonged the sanctions, which affected Russia’s trade, economy and military affairs. Negotiations on visa-free travel and a new basic cooperation agreement have been suspended. The EU also banned entry to its member countries for certain Russian officials, freezing their assets. Russia has since introduced countersanctions.