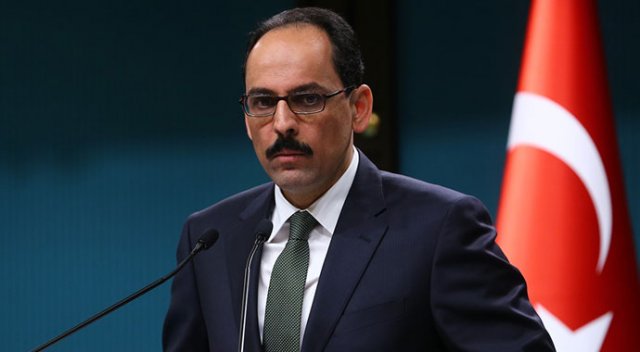 Despite its designation as a de-escalation zone, Idlib is repeatedly targeted by Assad regime
Turkey's presidential spokesman on Monday called on Russia and Iran to ensure the full implementation of the Idlib deal which was signed during the landmark 2018 Astana talks.

“The [Bashar al-Assad] regime must immediately stop its attacks [in Idlib] carried out on the pretext of terrorist elements,” said Ibrahim Kalin, speaking at a conference held in Turkey's central province of Konya.

Kalin said the northwestern Idlib city of Syria was designated as a de-escalation zone and it was under the guarantee of Turkey and Russia; however, Assad regime continued to target the region to gain more territory in a blatant violation of Idlib deal.

“The solution [in Syria] is that the political process is actualized immediately without delay,” he said, warning another humanitarian crisis was on the horizon if a political solution was not agreed upon.

Kalin went on to say that the establishment of the constitutional committee, transition government, holding election and aspects of Astana and Geneva processes were to be included in the political solution.

Turkey and Russia agreed on last September to turn Idlib into a de-escalation zone where acts of aggression are expressly prohibited.

Turkey has raised alarm over continued attacks in Idlib and their threat to civilians.