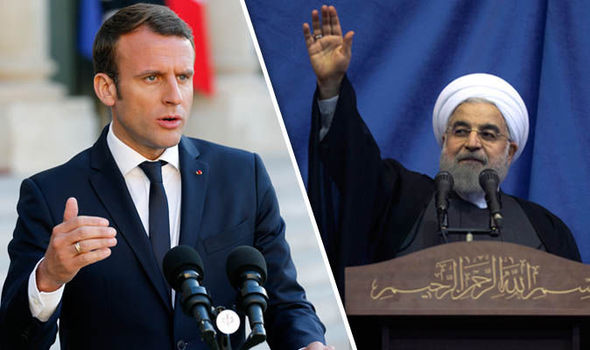 Speaking at a press conference at the end of a visit to China, Macron said, Iran has explicitly signaled its intent for the first time to quit its nuclear deal in announcing it would start injecting uranium gas at an enrichment facility.

Axar.az reports citing MehrNews that while the French president accused Iran of taking a “grave” move toward the deal, Tehran has always stressed that the retaliatory steps come in response to Washington’s unilateral withdrawal from the deal in 2018 and the failure of the European signatories to the nuclear accord— France, Britain and Germany – to take practical strides to compensate for the US’s absence.

Iranian President Hassan Rouhani said on Tuesday that the country will start injecting uranium gas into centrifuges at the Fordow enrichment facility on Wednesday, in the fourth step Tehran is taking away from the multinational nuclear deal, officially known as the Joint Comprehensive Plan of Action (JCPOA).

Tehran has so far rowed back on its nuclear commitments three times in compliance with Articles 26 and 36 of the JCPOA, stressing that its retaliatory measures will be reversible as soon as Europe finds practical ways to shield the mutual trade from the US sanctions.