Morales blames the opposition for 30 deaths in Bolivia 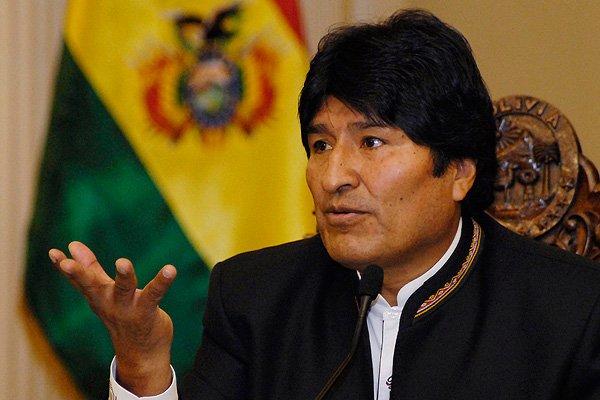 Axar.az reports citing AFP that former President Evo Morales held the opposition that took charge of the country after his ouster is responsible for civilian casualties during protests since he left Bolivia.

He urged the Inter - American Commission on Human Rights and the UN to denounce and deter the "massacre of indigenous brothers who ask for peace, democracy and respect for life on the streets."

On Tuesday, Morales protesters blocked access to a gas plant near the capital of La Paz, cutting off the fuel supply.

Police and military forces crackdown on protesters and at least three people died and 30 were wounded during the confrontation, according to an ombudsman's office in Bolivia.

Morales said the death toll from political unrest rose to at least 30, not 26, as several other reports claim.

Turmoil in Bolivia began in October, when the indigenous leader Morales won a fourth term as president. He faced immediate resistance from opposition parties that challenged election results. Protesters took to the streets claiming the ballot was rigged.

After weeks of upheaval, Morales resigned under military pressure and moved to Mexico, where he was offered political asylum. The conservative Anez, who had been serving as a senator at the time, then proclaimed herself interim president.

Public demonstrations have yet to subside since Morales left the country, however, with mostly rural and indigenous pro-Morales supporters taking to the streets in numerous cites including La Paz as well as Sacaba and Cochabamba.

Morales's backers insist the ouster of the elected former president was a coup.