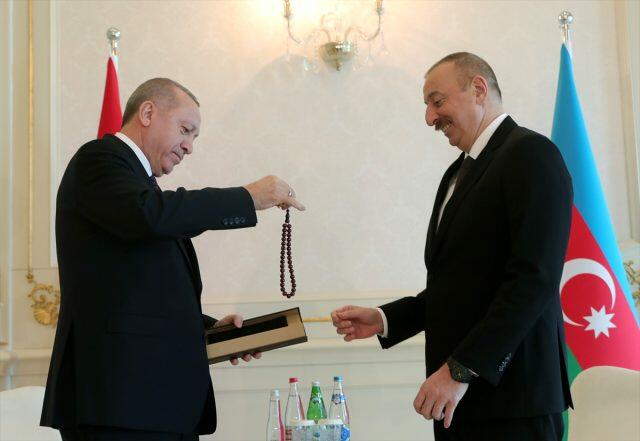 Following the welcoming ceremony, the leaders of Azerbaijan and Turkey met separately.

Before the meeting, it will be seen on cameras that President Ilham Aliyev has given to Prime Minister Recep Tayyip Erdogan.

You can watch the video from the 7:25 point of the video.