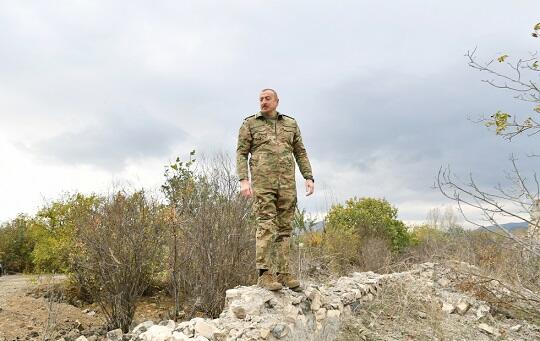 The Special Forces of the Azerbaijani Defense Ministry played a decisive role in conducting crucial operations to liberate the occupied territories, primarily the Shusha operation, but not only that one.

“Our Special Forces fought selflessly, sacrificing their lives in many operations, they demonstrated both professionalism and self-sacrifice,” the president said.

Ilham Aliyev noted that he always paid particular attention to the Special Forces, their equipping and manning, combat training: “I have repeatedly met with the personnel of the Special Forces and was convinced that we have created combat-ready units that can solve the most difficult combat missions.

"And if we go back to the course of last year’s hostilities - the very terrain of the area was unfavourable for us. In fact, we were climbing mountains. The Armenian side occupied all key positions on the heights, creating several fortified defence lines. The mountainous terrain itself is also a line of defence, and a very difficult one. Therefore, the Special Forces had to show a miracle of professionalism, will, strength and love for their Homeland. In general, I highly appreciate the activities of the Special Forces.”