Ilham Aliyev presented the Order of Glory to Gurbanov 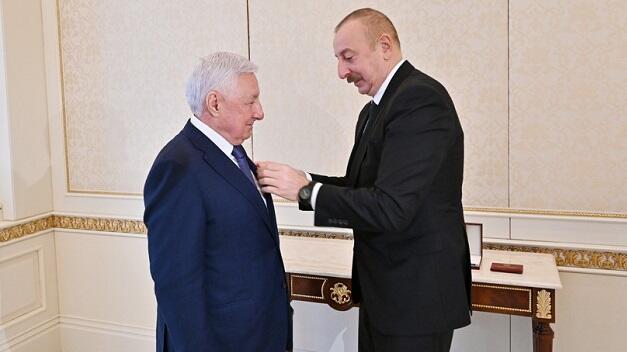 President of Azerbaijan Ilham Aliyev presented Magomed Saidovich Gurbanov, adviser to the head of the Republic of Dagestan, with the Order of Glory.

Axar.az reports that he was awarded for his effective activity in the development of friendly relations between the Republic of Azerbaijan and the Russian Federation, including the peoples of Azerbaijan and Dagestan, according to the Decree of the President of Azerbaijan.