Biggest Supermoon will be seen after 70 years 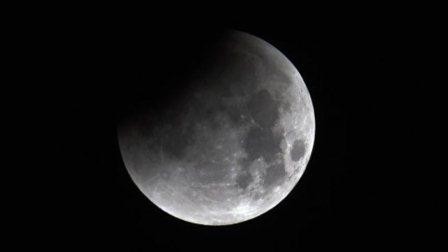 A wise man once said: "People always go on about space, don't they? 'Ooh, ooh, you need a bit of space', but people forget that you can get lost in space!". That man was Alan Partridge, so who are we to question his wisdom?

Apparently, though, we all love to question it, as well as debate it, create conspiracy theories about it and everything else you can do with it. That's why people are getting excited over 2016 apparently closing with a 'supermoon'.

The moon, according to Independent, will be closer to Earth than it has been since 1948, and won't be that close again until the majority of us are knee deep in a midlife crisis, buying Harley Davidsons in 2034.

If it happens it will be called perigee-syzygy, which is when the moon orbits 30,000 miles closer to our planet, causing it to align in such a way with the sun and the Earth to make it appear much bigger.

This is apparently down to the egg-shaped orbit of the moon, but isn't the only 'supermoon' that will see out this truly pathetic year that we've been calling 2016. November's moon is usually notably bigger, as anyone with a telescope will tell you, but creates an illusion of a 'supermoon', rather than actually is one. Pesky thing, hoodwinking us again. What a joker.

All in all, it's going to be a bit brighter at night because the moon is bigger. I can't think of anything we can do while this happens, other than look at it for 30 seconds, then say: "Yeah, decent. Pint?". It's pretty cool that it's the biggest it's been for 70 years, though.

The so called 'supermoon' will fall on December 14.