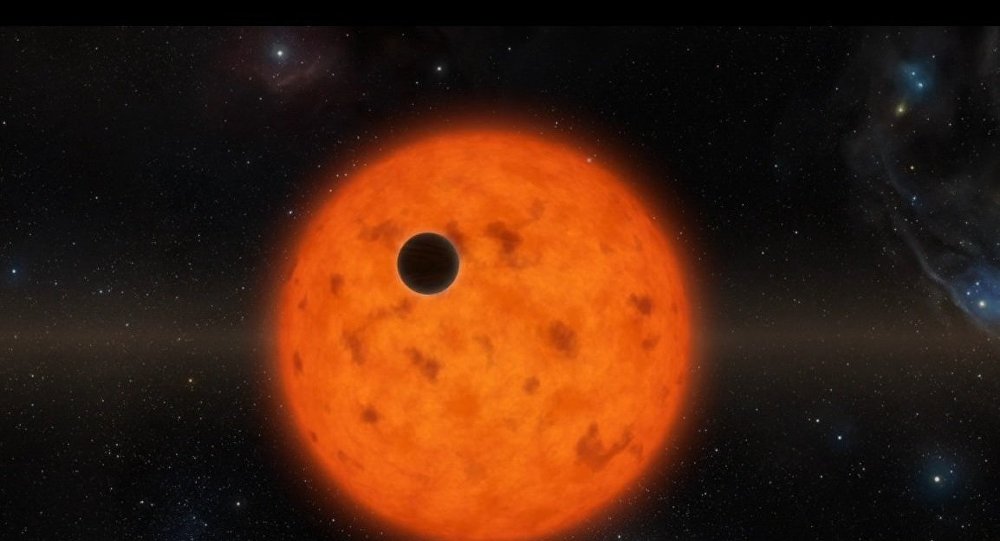 A massive planet is being devoured by its star, according to a new study. The planet, KELT-16b, entered a death spiral 2 billion years ago and may now only have a few hundred thousand years left to live.

Axar.az reports that, the start KELT-16 and its planet, KELT-16b, were discovered by the Kilodegree Extremely Little Telescope, a pair of robotic telescopes on the hunt for exoplanets. They are administered by several astronomical organizations in the United States and South Africa. KELT-16b is about 1,300 light-years from Earth.

KELT-16b is a hot Jupiter, a type of planet similar in composition to the largest planet in our solar system but much closer to its star. KELT-16b has even Jupiter beat in terms of size: it is estimated at 2.75 times Jupiter's mass and 1.4 times its width.

KELT-16b's size and proximity to its star make it an object of interest to astronomers: its size makes it easier to find, while its closeness means starlight is constantly passing through its atmosphere. This light can be detected by spectrometers on Earth, and it carries signatures from the planet's atmosphere with it.

Models indicate that billions of years ago, KELT-16b was much farther away from its star- 4.6 billion miles, about as far as Jupiter is from the sun. But KELT-16 is a binary star system, with a distant red dwarf exerting its gravity on the sunlike star at the system's center. This has slowly but surely wreaked havoc with KELT-16b, pushing it into a collision course with its star 2.1 billion years ago.

Now, astronomers are estimating that in a mere 550,000 years (not terrifically long by astronomical standards) 16b will be torn apart by tidal forces from its star.

"Most, if not all, hot Jupiters are likely to end up being tidally disrupted," said Keivan Stassun, study co-author and a researcher at Vanderbilt University, which helps administer the KELT. Speaking to Space.com, Stassun said destruction by tidal forces "is imminent" in the case of 16b.

Don't shed too many tears for KELT-16b, as its imminent demise will teach us a great deal about the life cycles of planets. "Although we now have many examples of what solar systems can look like, a complete picture requires understanding how often planets don't survive," Stassun said. "In other words, we need information about 'planet mortality' in order to make complete sense of the planet census."

The same spectroscopic technology used to monitor KELT-16b could also be used to search for signs of life-supprting gases like oxygen and methane in exoplanet atmospheres.