Celebrities who vowed to leave the US if the Trump wins 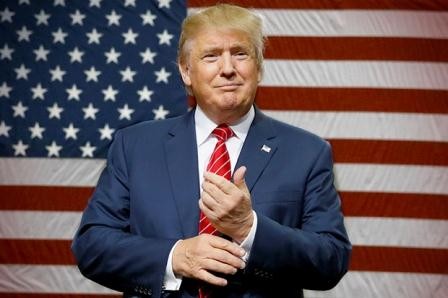 Since news of Donald Trump’s shock victory broke, the Canadian immigration site has crashed and burned at points and data from Google Trends has suggested searches for "move to Canada" have spiked.

Of course, this is nothing new. People have been threatening to pack their bags and relocate if the Republican is victorious for quite some time now. Samuel L Jackson, Whoopi Goldberg and Lena Dunham being cases in point.

Whether or not they will actually leave now that the widely perceived unthinkable has happened is another question altogether and one we will have to wait to find out.

Here are those high-profile individuals who said they will leave if Mr Trump wins. Even though many of them have expressed their sadness at the news, they have yet to say what their plans will be going forward.

After Mr Trump won the Republican nomination in seven out of 11 states on Super Tuesday back in March, Cyrus announced she would be jumping ship if he wins.

"God’ he thinks he is the f***ing chosen one or some shit! […] Honestly f*** this sh*t I am moving if this is my president! I don’t say things I don’t mean!" she said in a tearful Instagram post. Cyrus has now responded to the news in an emotional video but made no mention of her departure plans.

Goldberg also said she would not be sticking around if Mr Trump won but did not specify where she would go.

"I don’t think that’s America. I don’t want it to be America. Maybe it’s time for me to move, you know"

As votes for Mr Trump flowed in and his victory looked ever more likely, Snow, an actress who is known for her roles in Pitch Perfect, tweeted: "In other related news: Flights to Canada are really cheap".

Unlike those who opted for Canada, Jackson said South Africa would be his destination of choice.

"If that mother**er becomes president, I’m moving my black ass to South Africa," he said in December of last year.

The comedian and actress also eschewed their Canadian neighbours and instead opted for Spain.

"My act will change because I will need to learn to speak Spanish," Schumer said in September. "Because I will move to Spain or somewhere. It’s beyond my comprehension if Trump won. It’s just too crazy."

The Girls star and creator said she will be on her merry way to Canada if Mr Trump becomes the 45th President of the United States.

"I know a lot of people have been threatening to [move], but I really will. I know a lovely place in Vancouver, and I can get my work done from there."

The comedian and talk show host went a step further and actually made some pretty concrete arrangements for the prospect of a Trump victory.

"I did buy a house in another country just in case," Handler said in May. "So all these people that threaten to leave the country and then don’t - I actually will leave that country."

The former Disney star was equally prepared. "My confession for this election is, if any Republican gets nominated, I’m gonna move to Canada with my entire family. Is that bad? I already have my ticket. I literally bought my ticket, I swear" she said.