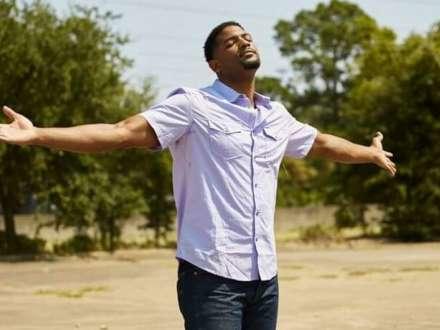 Bowdy's suicide occurred days after he was arrested on suspicion of his alleged involvement in a sex crime.

Frederick Jay Bowdy, a 33-year-old aspiring actor from Texas, killed himself in North Hollywood on Monday during a Facebook Live broadcast that was posted to his profile on the social media site, reports the LA Times. The video caused an out-of-state family member to contact the Los Angeles Police Department at around 5:30 AM, said Sgt. Tiffany Ljubetic, but officers could not reach him in time.

Bowdy's body was found in a car near Cumpston Street and Fulcher Avenue. Police believe that Bowdy was already dead when they tried to make contact with him. The video has been removed by Facebook.

On Thursday morning, Bowdy was arrested in Santa Clarita on suspicion of sexual assault. He was released on Friday upon posting $100,000 bail, said Los Angeles County Sgt. Janice Banks. No charges had been filed against him.

Bowdy had recently moved from Texas to Southern California. He had worked as a teacher and a coach in the Fort Worth area, where he also owned a semi-professional basketball team. According to a biography shared by the team, the North Texas Fresh, he graduated from the University of West Georgia and received a master's degree in education from the University of Texas in Arlington.

His IMDb page credits him with several movie roles, including one in the 2016 film Prepper. He also worked as an exotic dancer at the Hollywood Men dance revue.

In a video posted to his Facebook page, Bowdy spoke on some of the life challenges he had endured, such as raising two children while in college and going on to father four more. He had hopes of playing professional basketball in Egypt, but he ultimately gave up his athletic career due to injuries.