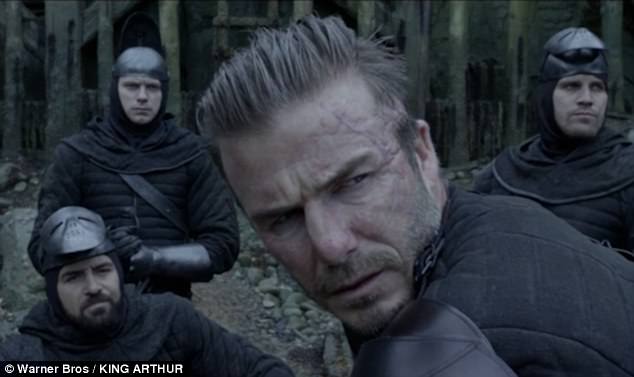 David Beckham's acting debut has been widely panned by movie fans following the release of the King Arthur trailer on Tuesday.

The former footballer made his silver screen debut in his pal Guy Ritchie's highly-awaited summer blockbuster alongside film stars Charlie Hunnam and Eric Bana, which will hit UK cinemas on May 19.

Playing hardened battleguard Trigger in the flick, the 42-year-old's attempts appeared to fall flat for film lovers as they took to social media in their droves to pan his debut.

Despite giving his best performance, social media was set alight after they watched the short clip of David, with many 'cringing' at his dramatic attempt.

While many commented on David's debut, other's were quick to condemn director Guy - who is a close pal of Beckham's - for casting him in the movie in the first place.

Speaking on the black carpet for the Los Angeles premiere, the 37-year-old leading man claimed he would complete multiple sets of push-ups to get in shape for the movie, although 'some days' he had to do much less after a long day on set.