Zac Efron kissed The Rock and 'it was fantastic' 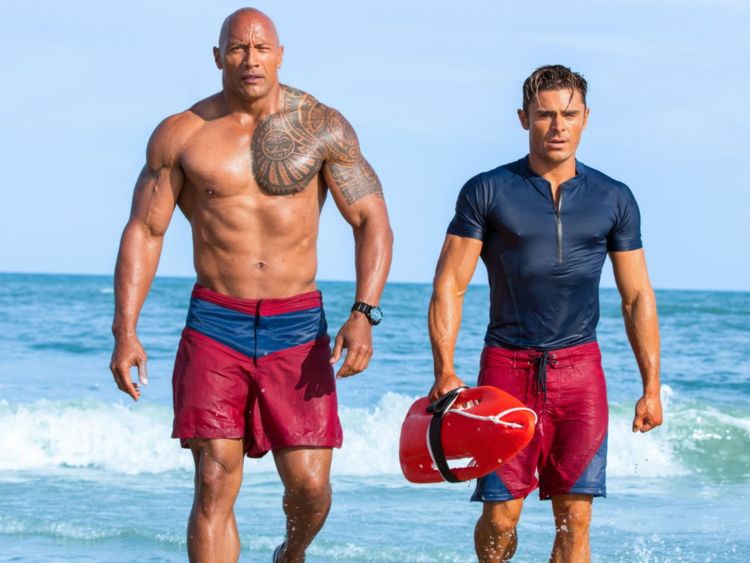 Zac Efron told Sky News that kissing Dwayne The Rock Johnson in the new Baywatch film is an experience he will never forget.

The pair both star in the movie, which is based on the 1990s television series about lifeguards.

In one scene, Efron's character Matthew Brody thinks he's kissing Summer Quinn - played by Alexandra Daddario - but it's really the Fast And Furious actor he's getting intimate with.

"One off the bucket list. Unforgettable. What a dreamboat. Honestly fantastic, just fantastic," Efron said.

"How many guys can say they've kissed The Rock? I'm gonna wear that as a badge of honour."

Daddario - who worked with Johnson for the second time on this film - said: "He's one of these people, I think he's exactly how he portrays himself to be to the public, where he's very hardworking, he's very determined, he's very kind, and he lifts the people up around him.

"He's always promoting and speaking kindly of the people around him and it's nice to have someone that supportive who also has a good sense of humour about himself on set."

While the film is based on the primetime TV show, it's also a comedy, with plenty of risque jokes and bad language that earned it a 15 rating in the UK.

Efron says they had a good time making it.