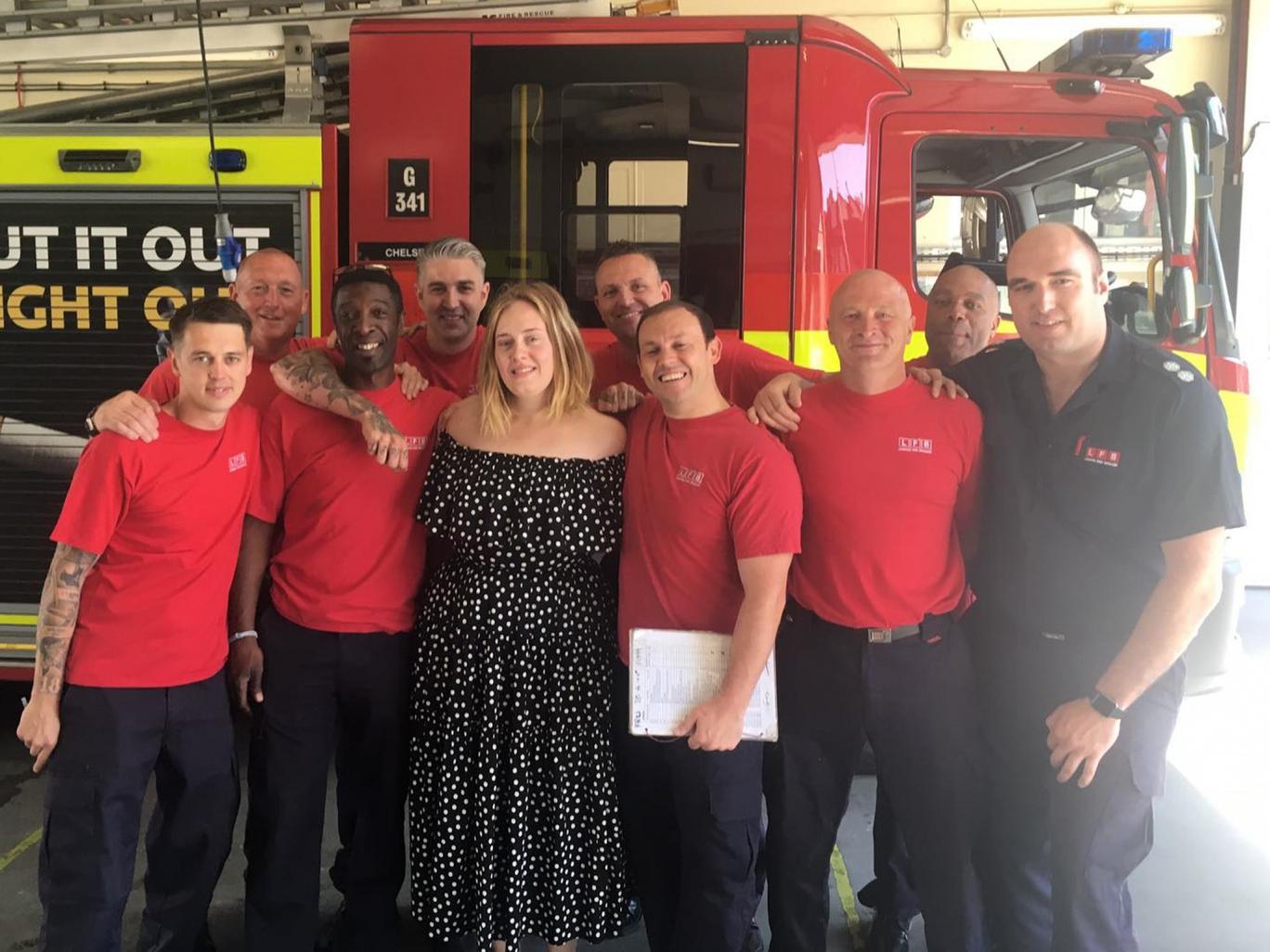 Pop superstar Adele surprised firefighters by turning up at their fire station with cake to thank them for their efforts at Grenfell Tower.

Red watch firefighters at Chelsea fire station were back on duty for the first time since Thursday, having battled the flames at the north Kensington tower last week.

They said a woman wearing sunglasses arrived with cake on Monday and only revealed her identity after they opened the door.

Station manager Ben King said: “She just turned up at the station and knocked on the window and said she has some cakes for us.

“So we opened the door to her and then she took her sunglasses off and said, ‘Hi, I’m Adele’. Everyone was so shocked.

“She came in, came up to the mess and had a cup of tea with the watch and then she joined us for the minute’s silence.

“We have had so much support for the local community and we cannot thank everyone enough.”

Adele, 29, also visited Grenfell Tower on Thursday, less than 24 hours after the fire. A witness said she was “going around and hugging everyone she could to comfort them.”

London Fire Brigade is understood to have been deluged by well-wishers and offers of donations in the days following the tragedy.

It asked people who wanted to thank firefighters for their efforts at Grenfell Tower to donate to the Firefighters Charity.

On Monday firefighters joined residents and others for a minute's silence and emotional tribute to those killed in the fire.